The Noble Creek Hatchery is a volunteer operated STEP hatchery located on a tributary of the Coos Bay estuary complex. It is one of three such facilities that feed hatchery reared pre-smolts into the estuary where they grow until time to migrate to the ocean.

Noble Creek is a small stream often with flows of less than twenty gpm. During incubation time water is not only limited, when abundant due to freshets, it is very turbid with high levels of suspended inorganic solids. Its incubation system was a carry over from one hundred year old technology, i.e. wooden troughs. The space and water utilization were beyond what was needed for quality fry production and systems were prone to the production of fry that were smaller than appropriate.

Redd Zone proposed the installation of a water filtration system that would remove the majority of the suspended solids then installation of deep matrix incubators that would 1) dramatically reduce the foot print for incubation, 2) use less water and 3) produce a heavier swim-up fry that would perform better than what the group was accustomed to.

A automatic back-flushing sand filter was installed and four deep matrix Redd Zone incubators, each capable of hatching two hundred thousand Chinook eggs. The system has been used for four seasons now and the first three-year-old Chinook returned in 2010. The adult returns outpaced the other production STEP hatchery feeding Coos Bay by more than one thousand adults, mostly threes, even though it released several hundred thousand fewer fry. The staff and volunteers credit the incubation system that produced heavier, more robust fry that performed exceptionally well until release.

Eventually, Redd Zone installed a Low Head Oxygenator, which has significantly improved the rearing environment of one of the ponds at Nobel Creek. 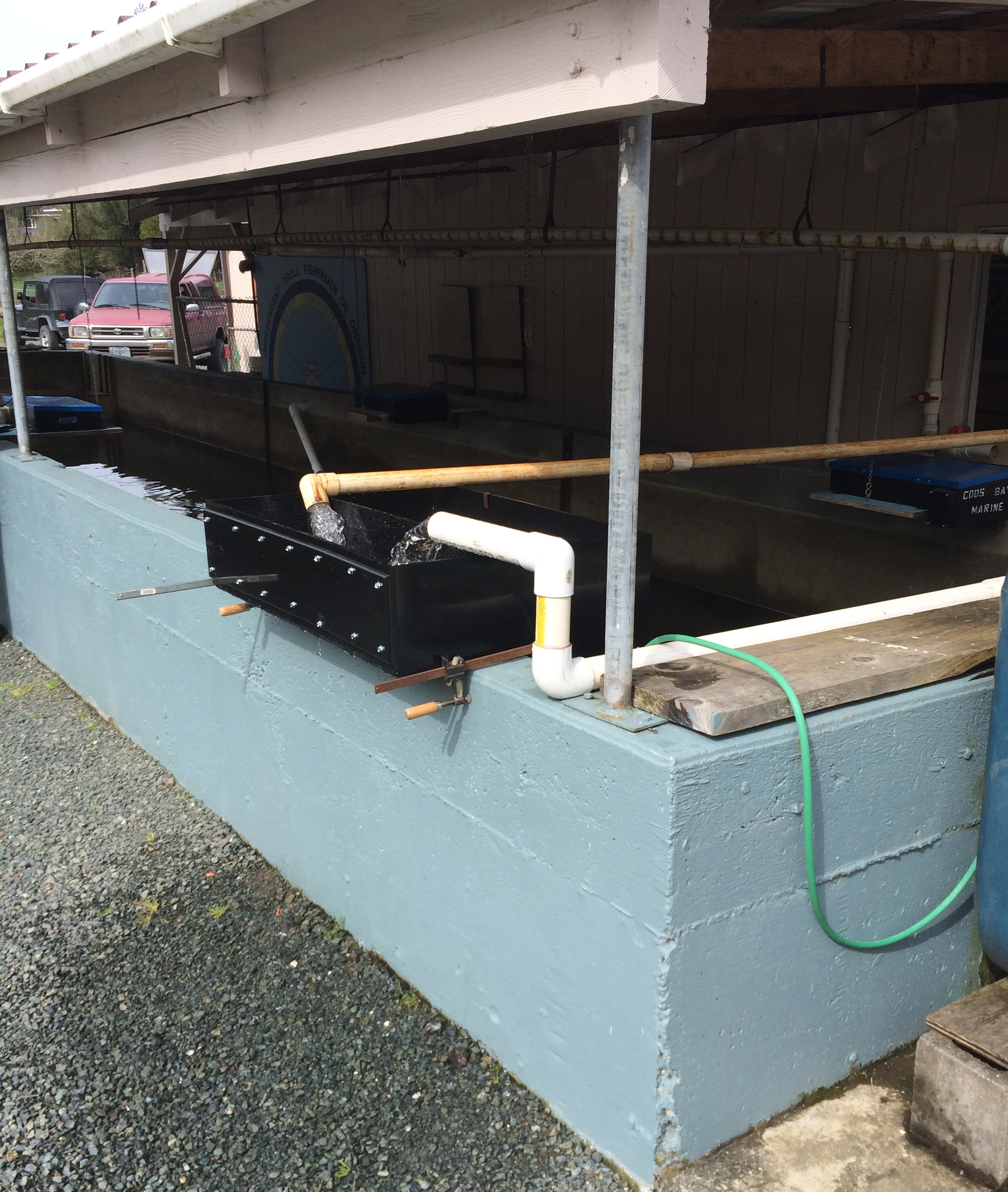